You have heard of the gender pay gap.

But have you heard of the gender pension gap?

Women retiring in 2016/17 had 40% less money in their pension pot than men, according to the trade union, Prospect, who carried out an analysis of figures produced by the Department of Work and Pensions¹.

And even though, thanks to auto enrolment, the same proportion of men and women now contribute to a workplace pension², women in their 20s are still saving less than their male peers³.

As an employer, you want all your staff to be able to retire in comfort and security.

So how can you help your female employees close this pension gap, which puts them at such a financial disadvantage?

What we discovered was that while men and women had much in common, there were also some key differences in their financial behaviour.

….so that your communications not only become more engaging to women, but also more persuasive.

Today we're sharing the first two of our five approaches to consider, based on information gathered in our recent research:

1. Help women gain more control over their spending habits and confidently save

What our study shows: The majority of both women and men claimed to have budgets, and although they spent their money on different things, both stuck to them at fairly similar rates (although noticeably, men were 5% more likely to ‘always’ stick to their budgets).

This is possibly because the behavioural pull of instant gratification seemed to be stronger in women rather than in males. For example, given the choice of one luxury holiday now, or two in retirement, women were 10% more likely than men to opt for the holiday now.

53% of women also felt they bought more than they needed, compared to just 43% of men. And this was a source of considerable anxiety: 72% of women worried about how much they were spending, compared to 61% of men.

This could be a potential barrier to women saving for their future because in order to put money away for the future, you have to be confident that you can spare the cash now.

How this affects your comms: You can help your staff feel more in control of their spending, so that they feel more confident putting money into their savings.

Consider running financial planning workshops, which include tips and exercises around how to cut expenses and control spending day-to-day. Although these should be open to all employees, if there is a women’s network in your organisation, they could be involved in encouraging female employees to attend the session.

And consider giving your workforce tools like MyAspire. This online platform, which we developed, helps employees see, at a glance, their entire financial picture – including how much money is in their current account, savings accounts and pension, the balance on their mortgage and so on. They can also use it to track their spending.

Knowledge is power. Having the figures in front of them will help women be more aware of their spending and potentially make better decisions about how to spend their money – and then also know if they can afford to save more.

Of course, all of this can be beneficial for all your employees, no matter their gender.

2. Give women clarity about their own pension and impact on their future

What our study shows: Women are less likely than men to know the specifics of their own pension. Indeed, 87% of men we surveyed knew exactly how much they were putting into their workplace pension, compared to 77% of women (a considerable 10% less).

And when it comes to knowing whether this was enough for their future, while a fifth of men had “no idea” whether they were saving enough, the proportion of women without this knowledge was much higher – nearly a third.

So don’t just encourage your workforce to save more. Ensure they know their own numbers and know where they stand financially, when it comes to retirement.

So for example, this might mean adding an executive summary to annual statements, if you send these direct to members. Help your staff see the key numbers immediately, so they don’t have to trawl through the statement to find the key figures (sometimes giving up….).

Or, it might involve offering a 1-to-1 service, where your staff can speak to an adviser about their personal finances and their pension pot, including getting all the basic facts they are missing.

It’s worth noting that women were also less likely to describe themselves as decisive, (69% compared to 82% of men), so communication tactics that guide women through the pension decision making process can help.

Check back next week where we'll be sharing our final 3 strategies for how you could tweak your workplace savings comms to help female employees save more! 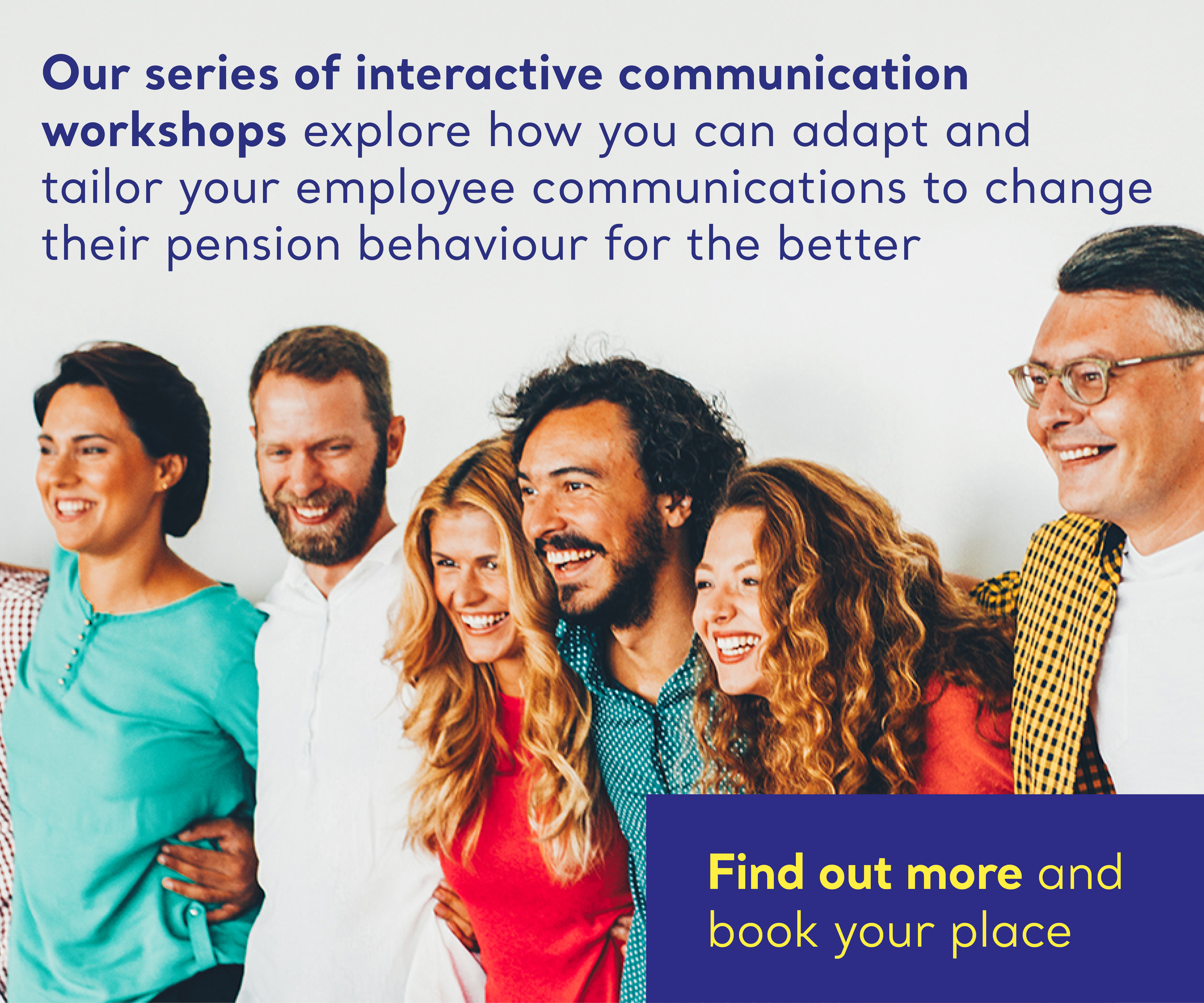 Read the rest
of our 5 strategies

The benefits of flexible working

Flexible working, finding a work-life balance, and discovering home is where the heart is