Four short years have seen a near revolution in the world of workplace pensions and savings.

Four years ago London became the focus of the world for a glorious summer of sport as it hosted the 30th Olympic and 14th Paralympic Games. From the jaw -dropping spectacle of Danny Boyle’s incredible opening ceremony to the wonder of Super Saturday and the beaming smiles of the purple-shirted games makers, memories of those weeks are still vivid.

The familiar sights of the venues – the Aquatic Centre, the Velodrome and of course the Olympic Stadium itself. Frantically trying to get tickets to absolutely any event (Spain v France in the men’s basketball was all I managed to secure). And that ubiquitous Elbow anthem. They all seem as clear and fresh as if it were only yesterday.

However, when looking at the world of workplace pensions, those four short years have seen a near-revolution with the amount change that has been introduced.

At their heart the Games had an ambition to change sport in Britain and leave a lasting legacy. In October 2012, the UK pensions industry embarked on its own mission to change the nature of long-term saving. From a lurching, failing, broken structure – pensions were thrust to the head of the agenda and became a topic that would affect everyone. Over the past four years nearly six and a half million people have been auto-enrolled into workplace pension schemes and are now saving for retirement. That’s almost 10% of the nation’s population who, with help from their employers, are improving their financial prospects.

Yes, for many it may only be a small step, but it is a move in the right direction and a foundation upon which we can build. Mo Farah would not have started his path to multiple gold medals with a 10,000m run; short runs are gradually extended and repeated until the required distance is achieved. It takes time to develop and gradually build towards a realistic, meaningful goal and that is the track that we have been following over the past four years.

Four years ago, commission payments were pumping around the pensions industry and insurance companies far and wide would have been offering a variety of corporate hospitality packages to watch Olympians in their efforts to be faster, higher or stronger. While financial incentives (may) still have a part to play in bidding for the rights to host major sporting events, we know that the same practices are no longer widespread in our industry. The Financial Services Authority’s Retail Distribution Review of 2013 heralded the end of commission payments from pension products, anti-bribery and corruption rules introduced in 2014 further changed behaviour and active member discounts (the practice of increasing the charges for non-contributing members) were banned in April this year.

These changes have meant that many businesses have been required to re-write the fundamental financial models on which they were built and not all have survived in the new environment.

Members’ charges have been reviewed, service contracts negotiated and fee schedules agreed, in many cases for the first time. Anyone involved in pensions will attest that it has been a period of unprecedented and unrelenting change. Busy? Never known a time like it!

For many finance and HR directors, the difficulty has been keeping abreast of these shifting sands and determining what, if anything, will impact them and their employees. Your benefits package was fit for purpose four years ago and probably still is today, but could it be better? There are many new options now available that simply weren’t on the radar in 2012. Without a regular review to check the suitability of your workplace pension scheme, you could be falling behind your competitors or worse, failing to comply with regulatory duties.

The changes in the past four years will have direct effects on individuals’ long-term plans. In 2012 the pension lifetime allowance was £1.5m. Now, it has dropped by a third to just £1m, seriously restricting the amount that can be saved, particularly if generous final salary schemes are involved or if there is significant life assurance provision payable from a registered scheme.The annual allowance has also reduced, albeit by a smaller percentage (£50k in 2012 down to £40k in 2016). But that is only the tip of the iceberg. The introduction of a money purchase annual allowance and a tapered annual allowance has left people scratching their heads as they look for tax efficient ways to continue funding for their retirement.

The distance around an athletics track does not change. The maximum length of a fencer’s foil has been unchanged for decades*. And yet, we are faced with a savings vehicle designed to last for forty years or more that has been turned on its head since the Olympic cauldron in Stratford was extinguished only four years ago.

The introduction of a charge cap has meant that qualifying workplace pension schemes now have to compete in a new, lower-cost environment. For schemes not compliant with the cap, work has been required to ensure that they are offering value for money.

Last, but certainly not least, we must mention George Osborne’s policy of Freedom and Choice. Not even a consideration four years ago, it is now one of the primary factors influencing providers’ IT developments, default investment strategies and administration support capabilities.

More flexibility, offered at a lower cost, delivering a good member outcome. Mr Bolt, please could you run the 100m backwards, in school plimsolls and nab a new world record into the bargain?

If anyone sees me going anywhere near a boat...

There are many, many more changes that we have faced, besides those highlighted in this article. The end of a coalition government, wildly unpredictable investment markets and we haven’t even mentioned the EU referendum. And so, following the spectacle in Rio, we will head to Tokyo for the 2020 Olympiad and surely we must all wonder just how much more change we will see over the intervening four years.

To avoid being left spinning we must stay engaged, review our options and embrace the new opportunities that lie ahead. 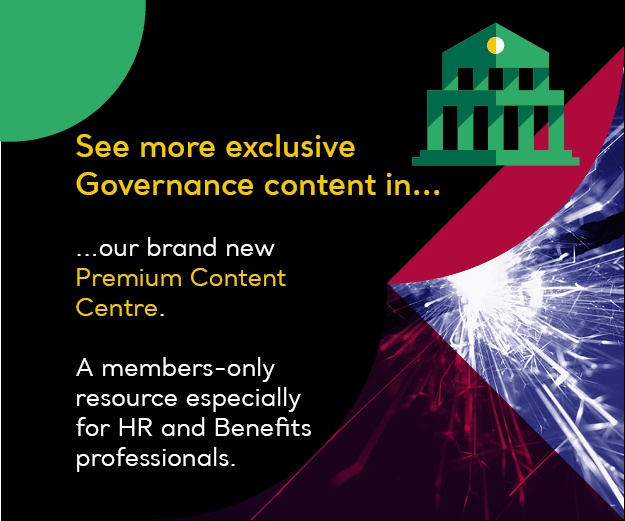