23 June 2016 will see only the second nationwide referendum take place in the UK since the country voted to stay in the European Economic Community in 1975. Now, as in ‘75, there are internal splits within political parties and the debate is polarising general opinions.

Plenty of familiar faces have been pinning their colours to the mast, from Sir Michael Caine and Sir Ian Botham (leave) to Professor Stephen Hawking and Emma Thompson (remain).

The government’s pro-EU leaflet has found its way through letterboxes across the nation and newspaper columns are full to bursting with (occasionally) carefully-pointed views on the subject.

As is often the case in these emotive situations, the one element that the majority of us are struggling to find is balance. Understanding the pros and cons without being influenced by a particular bias in either direction is seemingly impossible. One of the biggest difficulties in forming a view is that much of the debate is hypothetical, considering the unknown impact of an unprecedented move. We can remain on the course that is familiar or hop the fence and leave and find out if the grass really is greener.

So, what would brexit mean for us?

Aside from it being one of the most horrible portmanteau words to enter the English language, what does the pension industry need to consider when it comes to the issue of Brexit?

President Obama has stated that a Britain out of the EU would be at “the back of the queue” in any trade talks with the US and Standard and Poor’s has claimed that a Brexit would “likely” lead to a downgrading of the UK’s AAA rating.

While the rules and regulations that govern our pension system are largely created and controlled within the UK, there is undoubted influence from the continent and an absolute awareness of the interaction of domestic pension policy with the wider European community.

Should you sell the tuscan retirement villa?

Recently, there has been increased focus on the potential impact for Brits abroad, and while the numbers vary wildly depending on the source used, it seems fair to say that there are currently hundreds of thousands of British expats living and working across Europe.

The worst case Brexit predictions depict expats cast adrift with little or no access to healthcare, public services and pensions. It is certainly true that it would take years and years for trade deals to be renegotiated which will have lingering effects on the overall economy and will almost certainly trigger a wide variety of unintended consequences. For UK based employers, the task of arranging benefits for UK nationals working in Europe would become more complex, particularly during the post-Brexit period as the new environment takes shape.

Similarly, the impact on the many retired Britons living in Europe could be very damaging. Such émigrés are in receipt of a UK state pension that is subject to an annual increase. This happens in the main because of the various reciprocal agreements that have been struck over decades of legislative wrangling. However, in the case of a vote to leave, the ending of these agreements, coupled with the removal of the single-market’s protective umbrella, could leave thousands of pensions frozen for years to come.

In the run up to the referendum we can expect to see increased market volatility. Markets do not react favourably to uncertainty and this is likely to be no exception. Already this can be seen in the daily fluctuations in Sterling value, rising when the balance shifts towards ‘remain’ and falling when ‘leave’ is in the ascendancy. Investors are uncertain about the best route to take through the coming months and this period of uncertainty is expected to continue long after the vote closes as the outcome is realised and the consequences explored.

It is possible that Brexit will affect the manner in which savers engage with their pension funds. Will it create reluctance to access funds or hesitancy for fear of what lies around the corner?

Since the introduction of pension freedoms in April 2015, we have watched the behaviour of savers accessing their funds to identify patterns and perhaps determine a new normal. In spite of an initial spike in preference for flexible options, stories proclaiming the end of annuities have been proven wrong and guaranteed income still has a significant role to play.

This would seem to be particularly true when markets are turbulent. Looking back over the past 12 months it is possible to see a link between periods of market volatility and increases in annuity enquiries. An extended round of negotiations following a leave vote would be likely to result in a prolonged period of uncertainty and volatility.

For insurers and advisers alike it makes planning for the short/medium term difficult and when employers sponsoring workplace pension schemes are looking for guidance or members are seeking advice, it is virtually impossible to give a conclusive view. “Wait and see” is becoming a stock response, but it is one that does not help anyone.

More change around the corner?

The referendum will cast a long shadow over every political decision during the coming weeks. At the very least a pause button has been pressed while policy makers manoeuvre into position ahead of the vote. The 2016 Budget was a perfect example. In the build up to the Budget, speculation was rife that we were on the cusp of another landscape-changing announcement, the end of salary sacrifice, further slashing the annual or lifetime allowances or even perhaps extinguishing tax-free cash.

As we now know, it became apparent as the Budget drew near that no fundamental pension-related changes were to be made. Some breathing space for our industry at last. But for how long?

Whilst our current Chancellor may have eyes on his next door neighbour’s job, there can be no mistaking his seemingly single-minded determination to achieve a budget surplus in 2020. But at what price? Once 23 June has passed and the dust has settled on the result (whatever it may be) we should expect to see the Chancellor’s focus return to his favourite tax toy and the tinkering will begin again.

It is claimed that over three million jobs in the UK are linked to trade with the EU. If trade links were damaged or worse, ended as a result of Brexit then the UK employment market could see a significant shift in the customers that it serves and the roles that it requires. It must not be forgotten that freedom of movement works both ways. In the UK we have a large number of EU citizens working in highly skilled roles. The cost of potentially replacing these workers should our cross-border policies change would be enormous, ranging from recruiting and training to the time required for experience gathering and relationship building.

The other side of freedom of movement must focus on those UK expats who have taken the opportunity to work overseas. While international law makes it unlikely that current expats could be sent home, a decision to leave the EU may well influence a European employer’s future selection process when considering a UK candidate for a role. The complication and cost of hiring someone from outside the Eurozone could prove to be prohibitive in some cases.

Finally, it is quite possible that a Brexit could be the beginning of a chain of events that may have more serious and certainly more immediate consequences for the UK pensions industry. Nicola Sturgeon, the Scottish First Minister and leader of the SNP has warned that a Scottish vote to remain and an English decision to leave would trigger another independence referendum. With so many financial services organisations headquartered in Scotland and a potential split in economic policy, we could see the pension system fractured like never before.

It is a huge decision that we face and one without any clear picture of our nation on the other side.

Is it possible for us to enjoy both the Eurovision Song Contest and the Last Night of the Proms? Will the UK’s representatives at the European football championships begin as member states and end on the outside? Only time, and our votes, will tell. 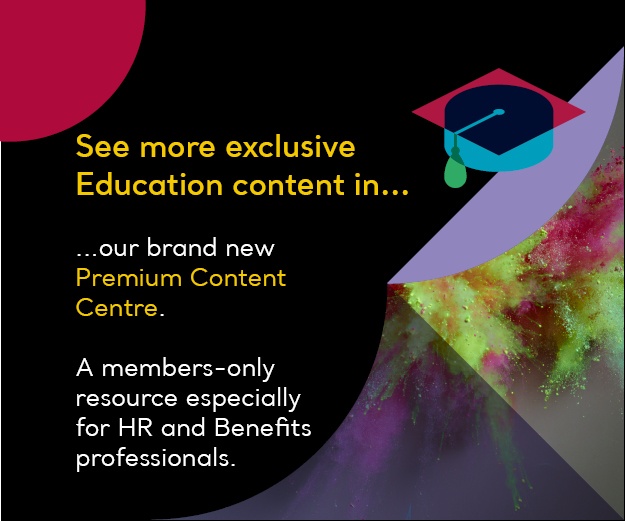