Debate: What’s the Best Way to Get People Saving for Retirement?

What is the best way to change people’s behaviour around pensions? Should the emphasis be on making savings mandatory, as the government has tried to do with Automatic Enrolment? Should we be talking to people about saving for retirement and savings, so that they fully buy into the idea of building up a pension pot – as in our 5-step model?

Or perhaps there’s some other model we should be considering?

We’re delighted to host a virtual debate between our CEO, Steve Butler, and Gregg McClymont, Head of Retirement at Aberdeen Asset Managers Limited and formerly Shadow Pensions Minister for the Department of Work and Pensions between October 2011 and May 2015.

We start with Gregg's viewpoint...

Trying to engage people with pensions and saving for retirement in their 20s and even into their 30s is hard. When you’re in your 20s, you can’t imagine getting old. If you have any savings – and we know how tough life is for many millennials – naturally you will save for a home.


'The right time to start talking to people about pensions is in their 40s onwards, when their incomes are likely to be higher...'

Retirement, on the other hand? It’s unthinkable you’ll ever be old.

The right time to start talking to people about pensions is in their 40s onwards, when their incomes are likely to be higher, they are having children, and they are starting to think about their own mortality. The behavioural science literature is very clear that engagement in pensions is tough but such ‘teachable moments’ offer the best opportunity.

The downside of course is that the ‘magic’ of compound interest encourages an emphasis on getting young people into pensions savings early. That’s where auto-enrolment comes in.

Globally, the most effective way to encourage saving around pensions is to make it mandatory.

With automatic enrolment, we harness behavioural inertia to save more. There are 10 million more people in a pension plan than there were five years ago because of auto-enrolment.

As contribution rates rise between now and 2019 opt-outs could rise, perhaps significantly.

The Australian experience is of a correlation between the size of people’s pension pot and their interest in it, so if we can get people’s savings up quickly, they are more likely to become engaged and save even more.

It’s a bit of a chicken-and-egg situation because you need people to be engaged in the first place in order to build up that pot. Unless like Australia you make saving mandatory.

Perhaps in the end the ‘least worst’ approach is to get savers in young via auto-enrolment before trying to climb the engagement mountain. As our responsibilities in life grow and we enter our 40s, so getting old moves from the unthinkable towards the thinkable. By this stage our auto-enrolled pots are hopefully big enough to encourage engagement further.

You talk a lot of sense – there is nothing here on which I would fundamentally disagree with you.

As you correctly pointed out, the government is raising contribution levels and there is a grave danger that young people are going to opt-out of their pension schemes. With the rise in house prices, cost-of-living and lack of wage growth, the rise in contribution rates is going to hurt.


Under such circumstances, we can’t afford to leave engagement until people are in their 40s. The challenge is not so much to convince younger people to build adequate pension pots but to keep them at the recommended AE levels and stop them from opting out altogether. We need to convince people that this is the best use of their money and that the increase is building value for their future, because while AE is mandatory, it is not compulsory.

Later, when they hit their 40s, we can adjust the messaging to help them get optimal outcomes. We can start talking to them about how they need to be more engaged in their investment in order to maintain the lifestyle they have built going into retirement. But to get to that point, we have to help them stay enrolled throughout their 20s and 30s.

The Australian example is not fully relevant here because Australia did not introduce AE during a time of economic hardship. We, on the other hand, are still battling the after-effects of the post-2008 credit crunch and pension contributions are not ingrained in society.

The government introduced AE with rock-bottom contribution levels which was arguably their biggest mistake. They have already delayed a rise in contribution levels and perhaps it could be introduced more slowly to reduce the risk of people opting out, but that would create enormous pressure on the system when people retire.

The answer, then, has to be combining AE with appropriate messaging and engagement for every age group. When the temptation to opt out is so great, we can’t afford not to communicate the value of saving at every stage. 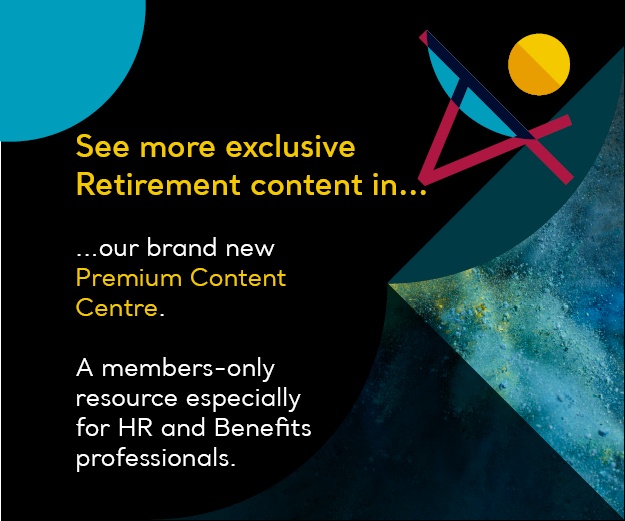 A taxing conundrum for The Chancellor!