For those of us (myself included) who spend an ever-increasing amount of time online, the ‘stock image’ is a familiar sight.

Need a picture of bright young things gathering for a meeting with Sydney Harbour Bridge in the background? Here it is. What about a handsome chap in hiking gear consulting his tablet atop the Matterhorn? Look no further.

The silliness of some stock imagery has even led to certain images going viral. To be fair, it’s surprisingly tough – and costly - to take your own, good quality pictures and even harder to persuade (most) colleagues to pose for them. (Full disclosure: we use online image libraries most of the time…)

Consequently, we’ve seen a burgeoning market of what appear to be the same non-specific shots replicated a thousand-fold. It’s hard to shake the notion that companies, especially financial services organisations, are peopled by Shutterstock androids, grinning at stratospheric performance graphs while simultaneously high-fiving after another winning pitch overlooking the Hanging Gardens of Babylon…

But as we discovered during our recent All Staff Week, which we spent exploring and celebrating diversity within Punter Southall Aspire, our reality is far more compelling than the Silicon Valley version of airbrushed corporate life.

During our All Staff Week, colleagues from across the business shared their own experiences. The sessions were split split into: diversity and inclusion, gender, race, age and the S in ESG (environmental, social and governance) across the week.

It’s about as far from the idealised image factories I’ve just described as you can get.

Designed and presented by colleagues, staff shared their stories to help everyone appreciate a bit more keenly that diversity is far, far more than a buzzword.

The successful consultant who helped us pull together the first session telling us she gave birth to her now 30-year-old daughter the day before picking up her GCSE results. Now a grandmother (she prefers “Nana”) that didn’t stop her building her own business.

The woman who, at a previous employer, was told to stay in the office on Friday lunchtime when their male colleagues would disappear to the pub for the rest of the day, only permitting them to come and join in much later in the evening.

The young black colleague who, together with her grandfather, mother and siblings, had experienced the everyday reality of racism across the generations. She, and other colleagues from different ethnic backgrounds, shared their thoughts.

The fifty-something member of staff who opened up about fears of ever finding another full-time job after being made redundant, the memory of his father failing to do so at the same stage of his life vivid in his recollection.

There was also a contribution from a visually impaired colleague, who talked not only of his worries for his young daughter inheriting the condition but his determination to set a positive example should she do so.

A moving video message from a colleague living with post-traumatic stress disorder, a legacy of a violent crime, who is because of the patience of her teammates.

These were just some moments from many in a week which made me proud of the attitude and fortitude of my colleagues. In discussing what made us different, it was pretty clear that there is much which unites us, best summed up as an intrinsic understanding of how diversity contributes to our creative, progressive culture.

But what part does this play in day-to-day financial services? An expanding one, if the presentation from the ESG specialist of a global investment house was anything to go by. She talked of institutional investors increasingly taking an active stance if businesses in which they had a stake did not demonstrate a commitment to diversity.

We are a business that does play an active part – for example our work as members of The Diversity Project - not only because our demographic, both staff and market, chimes with this campaign but because it also speaks to our desire to make a difference not only for our colleagues but clients, contacts and associates.

Doubtless there are online pictures instantly available to illustrate each of these sentiments but it’s so much more powerful when the people – and stories – are real.

The latest resources and insights, at your fingertips 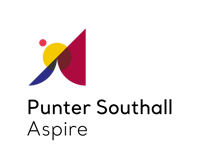