Pre-Contemplation: Step #1 to get employees to save more into their pension

Let’s say there’s a guy in your office who has zero interest in football.

He doesn’t support a particular team. He doesn’t follow the results. If you mention Harry Kane or Lionel Messi, he asks, “Who’s that?”

When colleagues around the office discuss particular matches, he nods politely. He doesn’t mind when other people talk about it – he can see why football is important to some people - but otherwise it’s not something he thinks about at all.

What do you think are the chances that he will voluntarily book a ticket to a football match in the next few months?

You are never going to devote time or money to something of which you are barely aware.

This is a problem, if you want to convince your staff to put more money into their pensions.

You see, in order for people to change their behaviour, and increase their contributions, they need to think about their retirement.

Not just accept, in some kind of vague sense, that it’s going to happen one day and it would be better to retire with money in their pocket…

…but to internalise, deeply, that they are likely to live well past their 60s…

…and that this means at best that they will not be able to fulfil their dreams for retirement, and at worst that they may lack basic necessities in their old age.

If this isn’t something they really think about or acknowledge, what are the chances that they are going to divert more money into their pensions?

Low, right? Particularly when they have more pressing priorities like their rent or mortgage to think about.

The problem is that most people, at least in their 20s and 30s, don’t spend that much time talking or thinking about their retirement. (I hear what you’re thinking: given the pressures of day-to-day life, it would be weird if they did!)

But that’s why starting that conversation is the very first step in our 5-step model for how to increase engagement with pensions amongst your staff.

Before you start urging them to save more, or tell them how to do it, you have a more basic job.

You have to raise their awareness about retirement and get them thinking about what’s personally at stake – what their life would really be like when they retire, with a limited pension.

We call it the “pre-contemplation” stage, because your employees aren’t thinking of changing their behaviour quite yet. They’re just starting to become conscious that funding in retirement is going to be an issue for them, and thinking about the consequences.

This doesn’t happen by itself. Your HR department has to spark that process with its comms.

And video is the future of pensions comms.

But don't worry you won't have to do this all by yourself, as here at Punter Southall Aspire, we’ve developed a series of videos which are designed to do that job for you.

The videos are light, fun and engaging – exactly what you need at this stage, to get people talking.

And they are just a small part of a ready-to-go pensions comms package, which you can use to get your own staff engaged with their pensions – with virtually no effort on your part!

To find out more about what’s included, and how to access these resources, just hit ‘reply’ and let me know you’re interested.

In the meanwhile, watch out for my email next week, where I’ll walk you through “Contemplation” – the second of the five stages you need to take your staff through, to get them to save more into their pensions.

You can use it if you want to get any of your colleagues more interested in football, too 😊 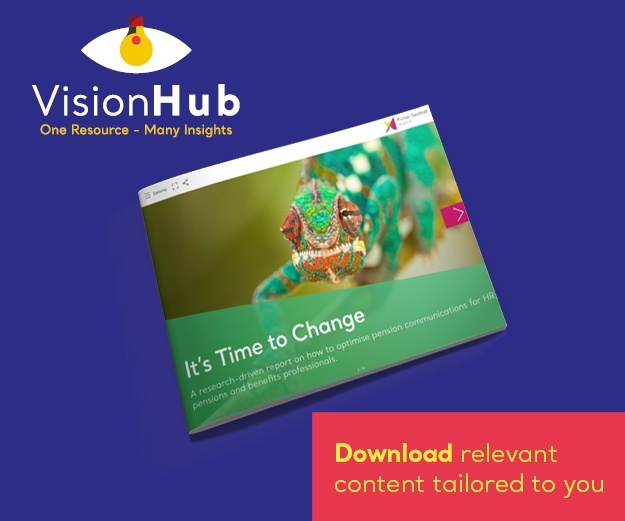