91% of UK organisations struggle to find workers with the right skills. Does yours?

In this week's blog: Steve Butler shows how population change is likely to have significant implications for how companies hire and retain teams

Where are all the young people?

Today I have a general knowledge question for you.

Can you guess what that percentage is forecast to be in 2025?

The answer has a direct impact on the key pressures your company is going to face in the near future.

That is a sea change, with the population getting significantly older within 50 years….

…so let’s take a moment to think of some of the implications.

In my blog last week, I asked you to think all about the people in your company who are in their 50s - and struggling at this transitional time in their lives.

…because they are suffering from ill-health themselves...

…or perhaps they have simply reached an impasse in their career, but are not yet ready to retire.

They’re probably distracted at work and stressed out both in the office and at home. In some cases, they may be looking for ways to reduce their work hours or change jobs altogether.

Now, you can leave them to their own devices and allow them to handle the work stress themselves – if they ever do.

…because apart from the fact that you are a caring employer, they are likely to be very hard to replace.

Quite simply, with every passing year, the pipeline of young people coming through the ranks tightens.

This means a talent squeeze…

…and recruitment costs for experienced people going up and up.

According to the 2018 Open University Business Barometer, 91% of organisations in the UK struggled to find workers with the right skills over the previous 12 months.

They estimate that the shortfall is now costing businesses an additional £6.33 billion a year in recruitment fees, inflated salaries, temporary staff and training for workers hired at a lower level than intended.

And according to a 2017 report in The Independent, the Local Government Association predicts that by 2024 – that’s just four years’ time! – there will be more than 4 million too few high-skilled people to meet demand for high-skilled jobs.2

The good news is that while all this is happening, there is more of an economic incentive for your older staff to stay in the workplace, because they are likely to live longer than previous generations…

…and will need bigger pension pots to sustain them during those years.

So what should your strategy be?

In the past few decades, companies have increasingly focused on attracting younger staff – and doubtless this will only become more competitive.

But the stats show that your staff in their late 40s and 50s are worth cultivating, because good, younger replacements are going to be increasingly difficult to come by.

If you can understand the unique challenges experienced by people in this stage of life, and help them navigate safely through this period, your company could well gain a competitive advantage.

Luckily, there’s a simple way to do this, which I will discuss in the coming weeks. Watch out for those blogs... 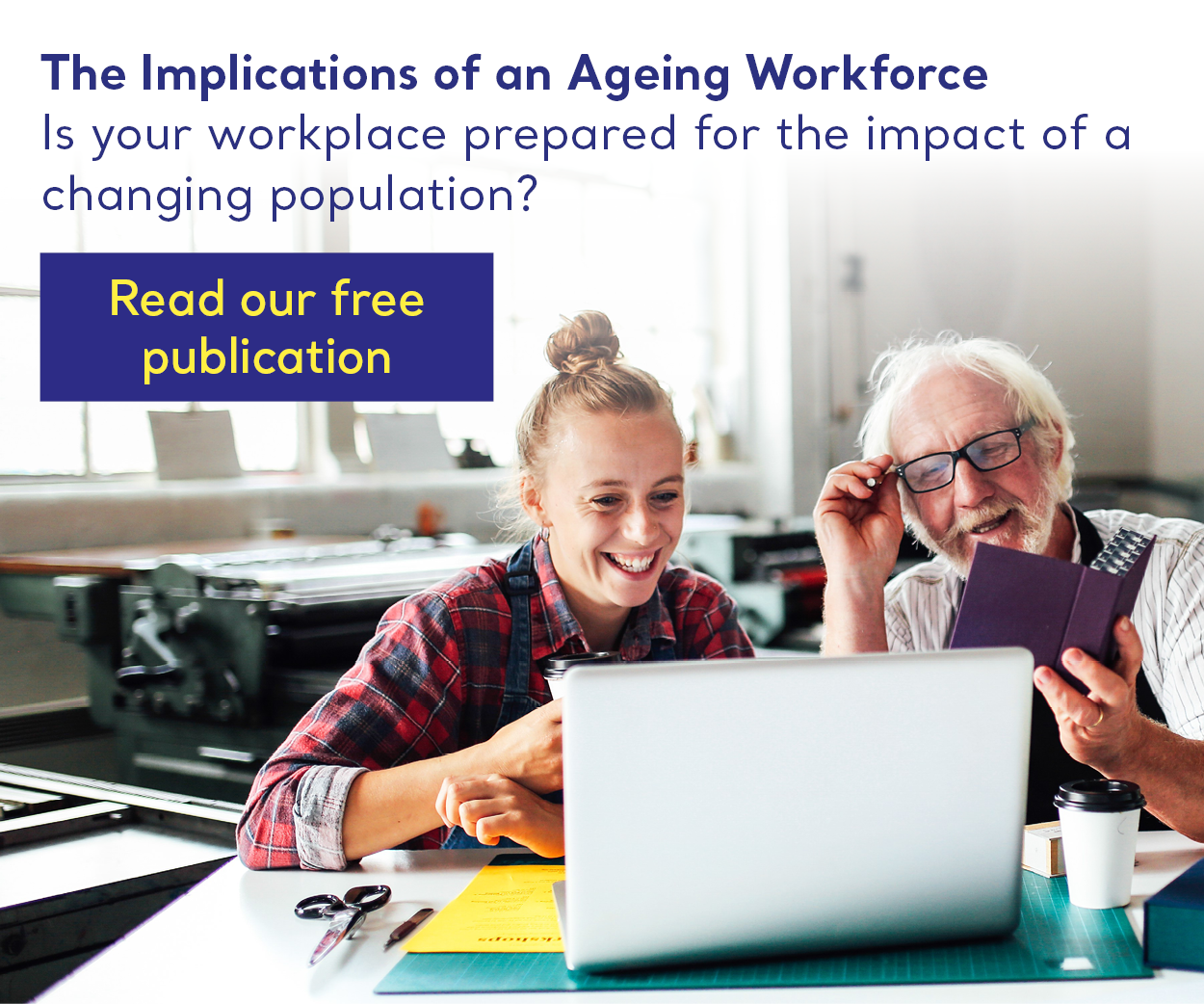